Greene County, being part of a land grant by King Charles II of England in 1663, was first settled around 1710. 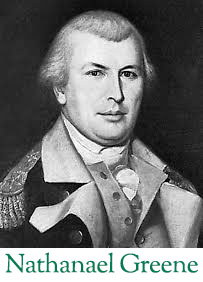 In 1758, the area now recognized as Greene and Lenoir Counties was separated from Johnston and named Dobbs for the Royal Governor. This section was bisected to form Glasgow County in honor of the Secretary of State. However, Glasgow and accomplices were involved in issuing fraudulent land grants and were duly indicted. The residents of the county then changed their names to Greene, in honor of Nathanael Greene, one of General Washington’s right-hand men. 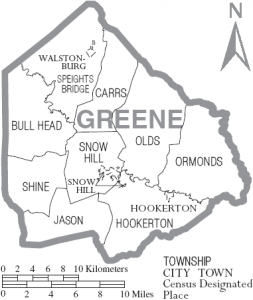 The county seat, Snow Hill, is the largest town and major commercial center in the county. The town draws its name from the historic white sandy banks of nearby Contentnea Creek. Among the towns and communities in the county are Hookerton, Maury, and Walstonburg. These old established communities are relatively self-enduring and traditionally stable.